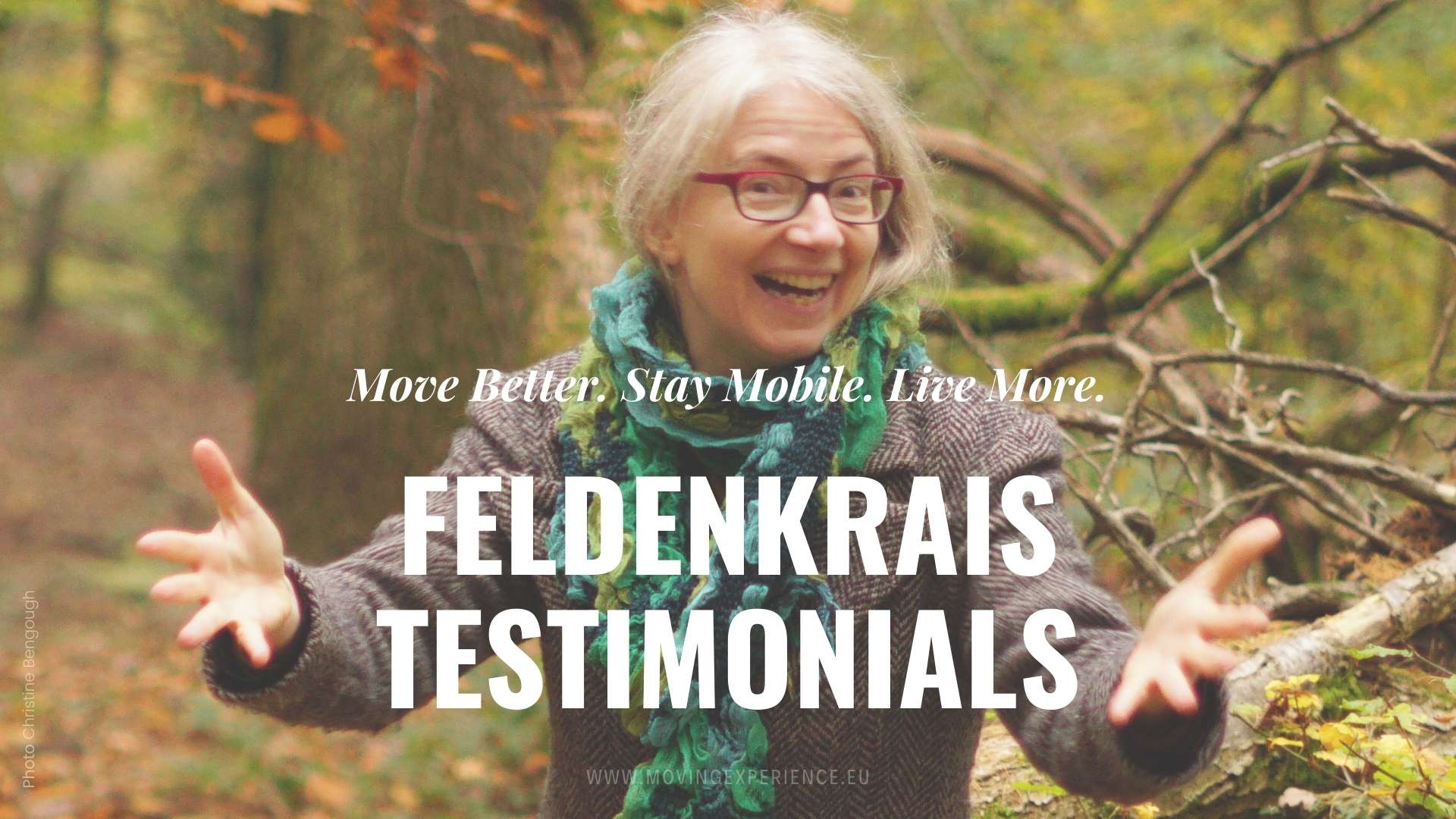 Here are some of the testimonials I have received from my Feldenkrais students over time.

Side effects of my (online) Feldenkrais classes

Every Feldenkrais lesson has a beginning, middle and end. But the effects of these movement explorations can continue to surface even after the class. There is never ONE thing which needs to happen or needs to be felt by everybody. You will have your own sensations and over time you will get better at noticing the small or big changes your body made during the lesson.

They can be very small or even unexpected. Like the ones Christine is sharing. She is a long time student of mine and made the transition from in person classes to my online classes in March 2020. For a long time she was even doing Feldenkrais five to six times a week.

Feldenkrais is a regular feature in my life and I’m integrating it more and more into my everyday life. And that happened, actually quite quickly. Reaching for things in the cupboard or even reaching under the bed in an awkward space to put a plug into a socket seemed to be much easier.

I am aware that actually, I do move in a different way now. I do walk differently, I think differently, as well. My body and mind has become more flexible. I’m more open to trying different things. Not only in the classes, but in my everyday life as well. 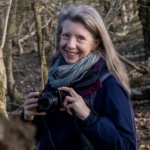 Can online classes create a feeling of community?

Building a community through my work as a movement teacher (Feldenkrais & Argentine Tango) comes as a result of many hours of classes, workshops and private classes. Especially since moving my Feldenkrais activities on Zoom the after class socials became a important part.

Before, lockdown classes stopped more or less on time, as the room was hired only a certain amount of time. Students had to rush home and face easily a more than 40 minutes drive.

How easy is it now to simply get up from the floor. To grab a cup of tea or a glass of water and to join the social from the comfort and safety of your own house. It definitely gives me a better feeling as well to know you’re able to concentrate on your own sensations and experiences without needing to function in traffic.

I feel that I am being supported [in these online classes]. (..) I enjoyed the talking with the others afterwards. I think that’s really useful. For all sorts of reasons that’s useful. (..) We do get to know each other in a way, far more than we would in a class for those very reasons. We stick together after the class to talk about our response to it and how we found things. 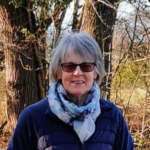 Rosemary CMonmouthshire, 2022
I like the online format. It is so convenient. And timewise it means there’s time for discussion afterwards. I really like those get togethers and I find them really valuable. Especially the time after the lesson is very important to me. And I think hearing other people’s points of view is very interesting in itself, and it helps you reflect on your experience. 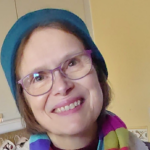 Francesca CCardiff, 2022
It was wonderful to be with and to see other people in the lockdown situation and actually connect with people. Not only people that I knew, but people I didn’t know who perhaps were living in other parts of the UK and also in other parts of the world as well. And that was a real joy to interact with people from other countries. It was really exciting thinking that I was part of a wider community.

And we were all benefiting from this wonderful group that you’ve set up. It wasn’t just the physical benefits of doing the classes, it was the kind of emotional support that everybody whether they knew or know, were actually giving each other.

Also the conversations afterwards, hearing other people’s experiences about the class. Finding out how I related to their experiences as much as mine.

General testimonials about the online classes

Just wanted to say how much a difference a few weeks of work has made to my shoulders, neck, and overall body awareness. Started this to get better and more grounded when I dance, but the knock-on benefits I see in just moving about through my daily life has been a revelation. Thank you!
Jack M2020/21
I’ve started doing this once a week so far and it’s already started to make a difference to my back. Am able to sew on the machine for longer than half an hour now without pain. It’s a strange technique but seems to work! Bit like a meditation in some ways but definitely physical and very precise targeting of muscle groups. Recommended for bad backs and stiff neck and shoulders.
Sally M2020
I am fascinated how such tiny movements can be sooo exhausting! Love your approach and great to hear about movements being described in such detail. It’s a perfect activity for this strange time, highlighting the importance of slowing down.
Heidi2020

Experience the benefits of working with me. Join my mailing list.
You’ll be the first to hear about how and when.

Feldenkrais testimonials while I was running in person classes

Since 2017 I have been running in person classes in The Forest of Dean area. I started in the charming Newland Village Room and moved later to Taurus Crafts. When the pandemic hit I moved all my activities online on Zoom and expanded.

The following testimonials are from my students joining my live in group classes and occasional workshops.

It’s been a great help to me, I fell backwards awkwardly 18 months ago damaging my back in two places, and have had back pain since. Bärbel’s teaching of Feldenkrais has helped me stand, walk and sit correctly aligned. I noticed a difference straight away. I recommend giving it a try!
Sousa HForest of Dean
My neck had much more freedom today Bärbel after Thursday nights session so thank you so much. Tinnitus still ringing but hopeful that will improve with more sessions. Bring on the Feldenkrais ❤️
Julie Jowner of Reflections Hair Salon, Lydney

The Feldenkrais Method is highly beneficial when it comes to body awareness and movement. In some places I have already offered combined Feldenkrais & Tango classes or specific Feldenkrais classes for tango dancers. Here are some of the feedback I’ve gotten afterwards.

I joined the (Feldenkrais) workshops Bärbel offered at Tango Feast and found them to be so very helpful in relaxing my feet and my body so that felt I just danced like an angel for the whole 4 days and nights. Bärbel generates a relaxed and friendly atmosphere and injects warmth and humour into proceedings. I am looking forward to the next time! Thanks Bärbel! X
Pamela NMove Better with Feldenkrais Workshops @ Tango Feast Christmas edition 2018
I took part in a couple of Bärbel’s classes in March 2019 and found them extraordinary. I was invited to explore movement by Bärbel’s soft energy and clear verbal descriptions about how my body might move. I felt an increase in my body awareness whilst moving during and after the classes. I experienced an enhanced sense of presence doing the exercises and found I was able to relax and release tension. Thank you Bärbel.
ParticipantMove Better with Feldenkrais @ Tango Feast Spring edition 2019
Just to say thanks for the [Tango & Feldenkrais] workshops at Sheffield [Tango Festival] they have been a great benefit to me I am moving easier in my tango and in daily life.
Steve FTango & Feldenkrais Workshops @ The Sheffield Tango Festival 2019
For any of you who knows little or next to nothing about Feldenkrais, Bärbel’s workshops are amazing! I was lucky enough to take part in one of the sessions and was impressed by how effective the movements were.

I would recommend any of the workshops, but in particular the ones relevant to tango for all of you keen to improve your posture in the dance.
Linda O2019 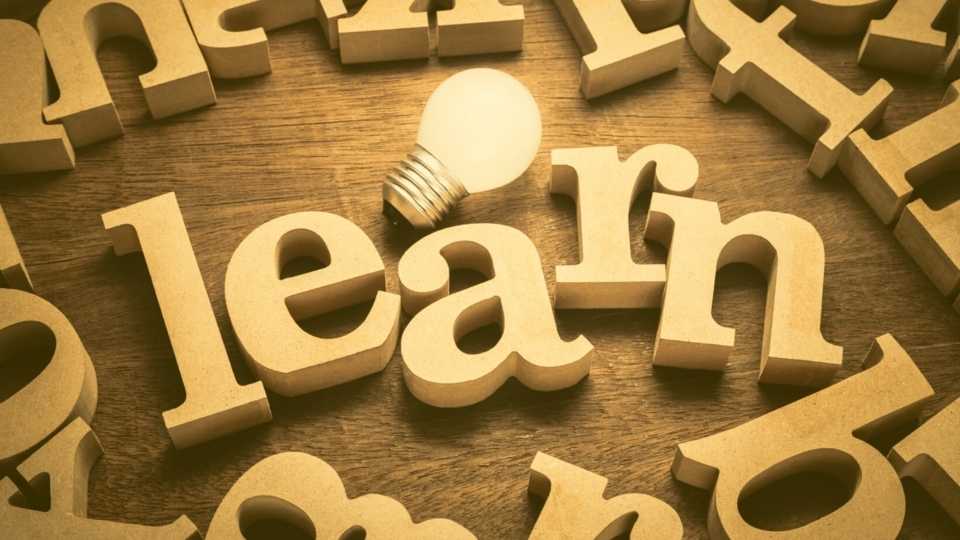 You are never too old to learn 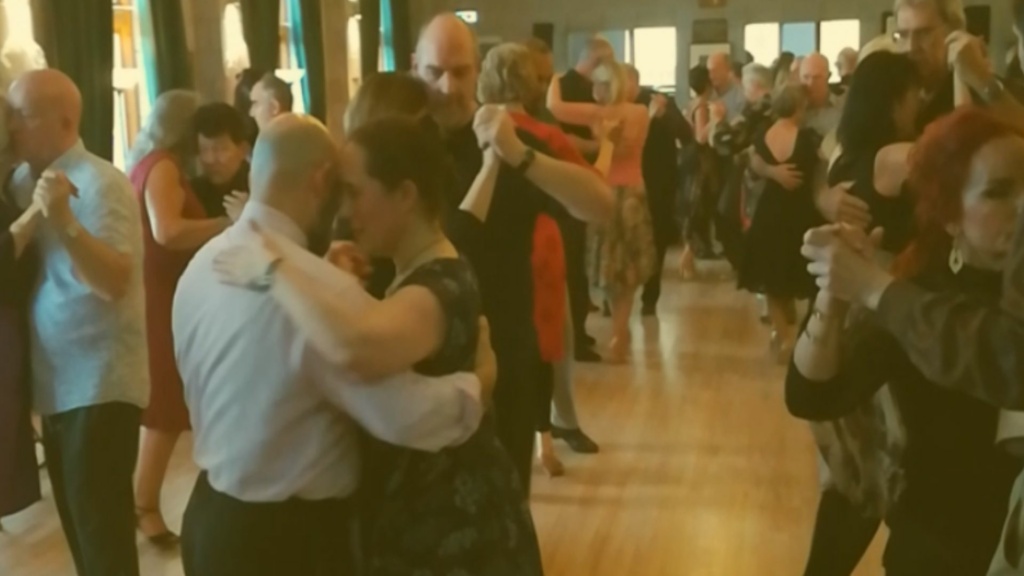 The unexpected benefits of Feldenkrais 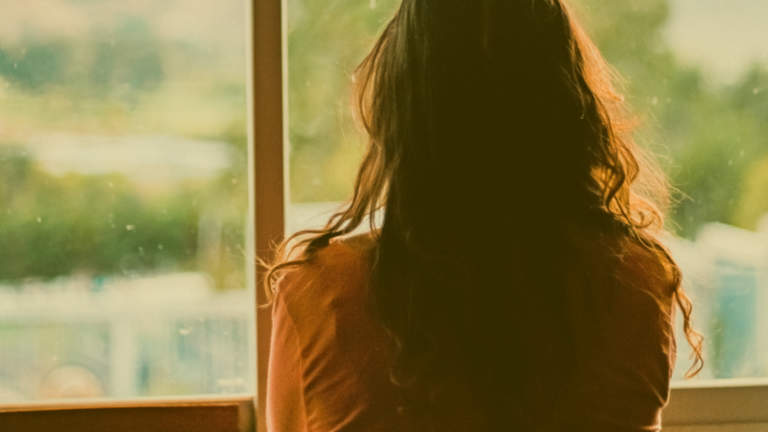 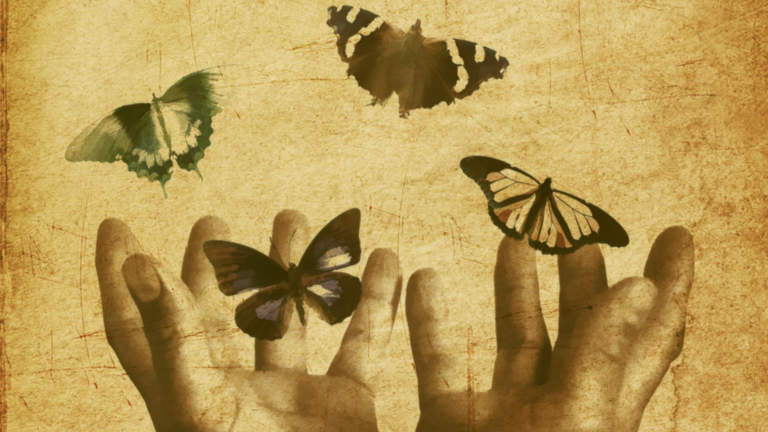 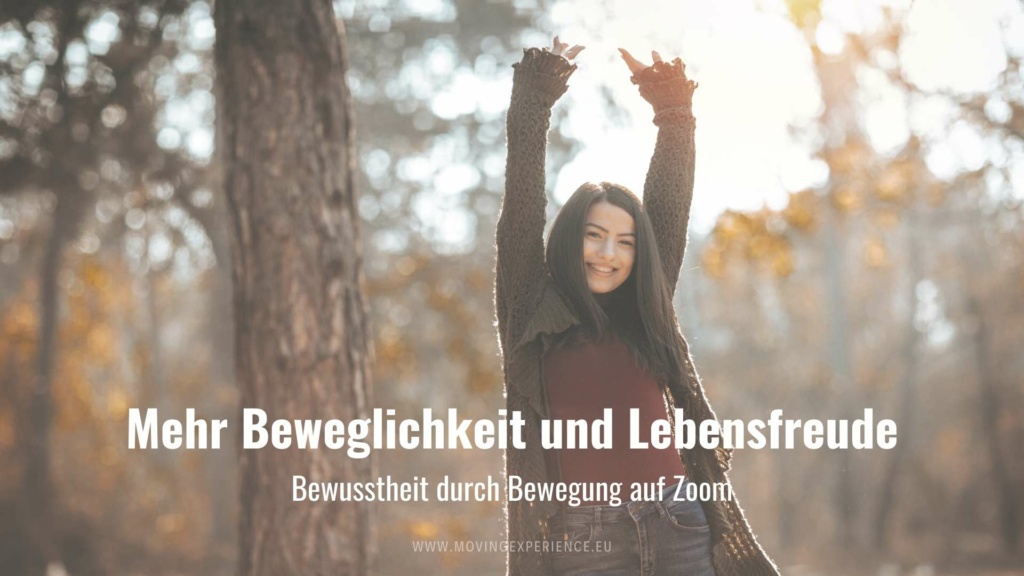 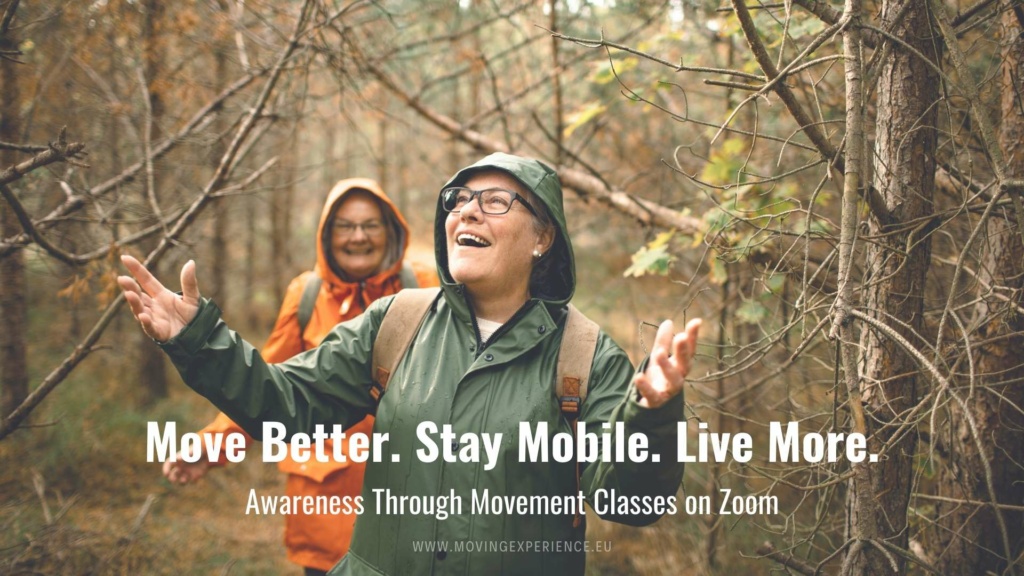 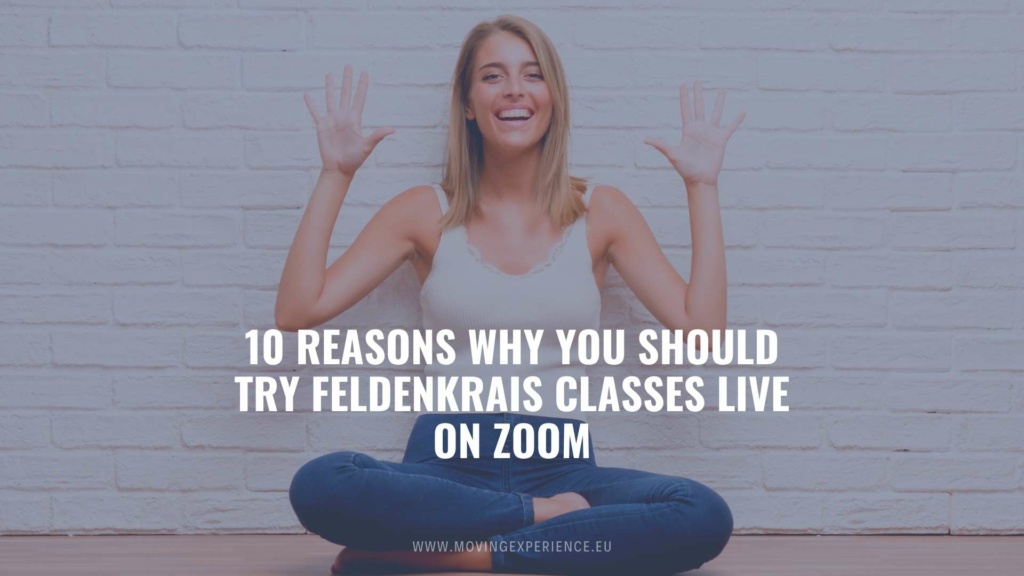 Ten reasons why you should try Feldenkrais classes live on Zoom 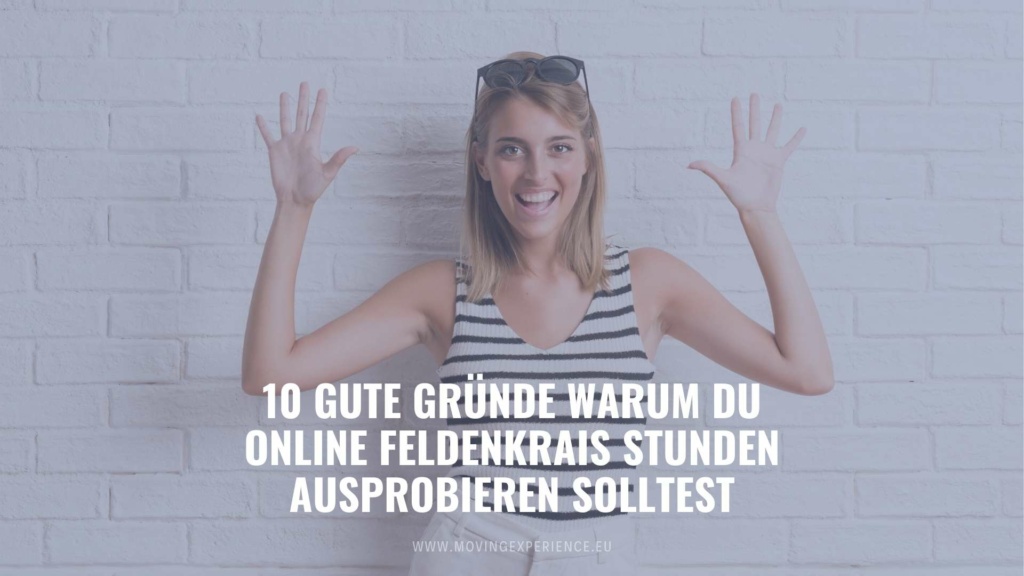 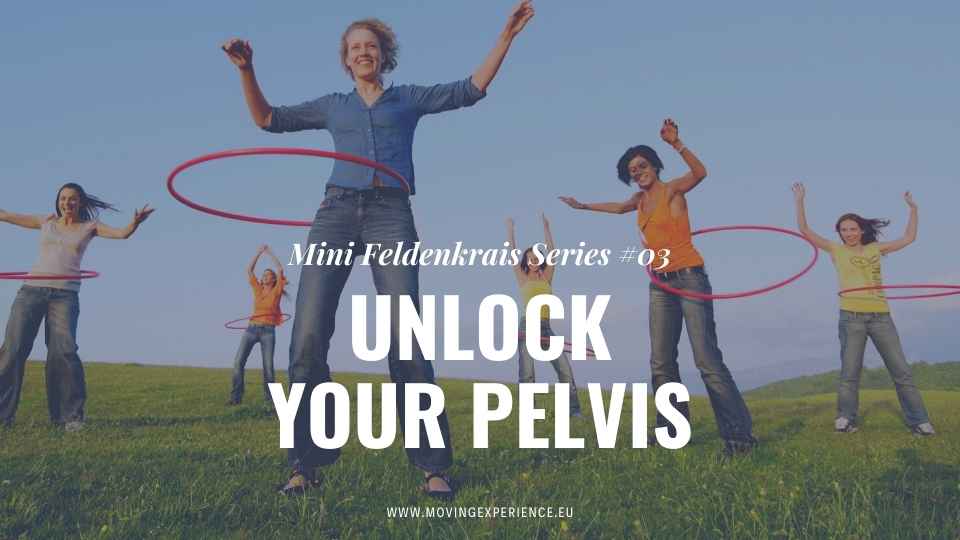 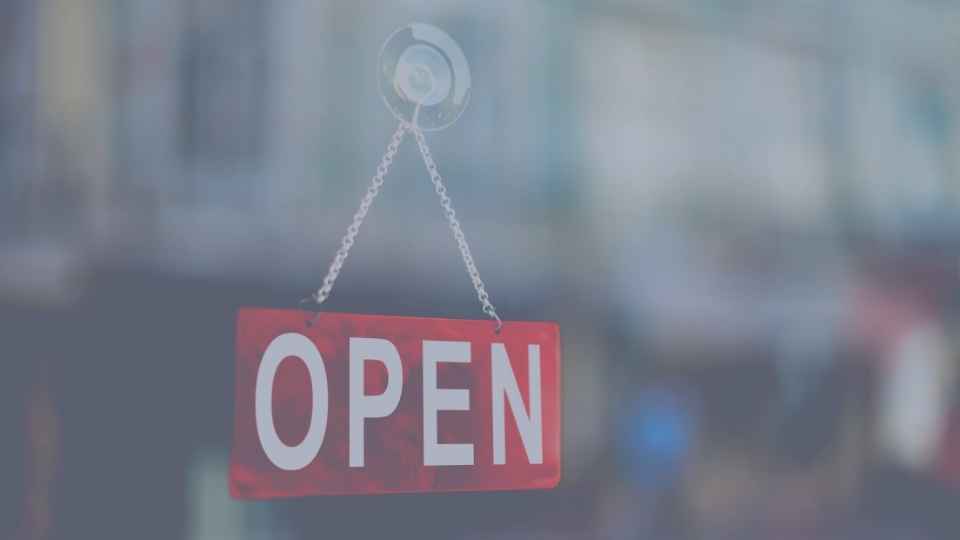 Times are all based on local time in London / Berlin, Oslo, Vienna.

Are you feeling stuck in your dance? Sometimes all it needs is a different approach to the same problem.

Here is why The Feldenkrais Method might be the solution: The Unexpected Benefits Of Feldenkrais - Jack’s Tango & Feldenkrais Journey.

Feldenkrais & Tango - A Good Combination? A Podcast Interview including a mini Feldenkrais lesson.

Listen & dance to my traditional tango music online at our virtual milonga The Magic Roundabout Sunday Social. Think of it as a cross between a milonga and a great café where all your friends go. Best of all, you can join in wherever you are.